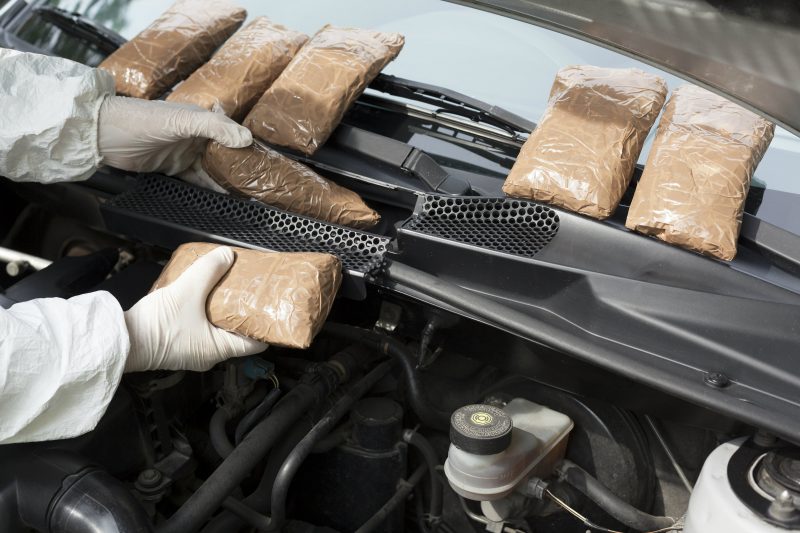 Texas prosecutors aggressively pursue those charged with drug trafficking. Defendants will find themselves charged with a felony and may face substantial prison time. An arrest may also result in federal criminal charges. Defendants are sometimes surprised to find themselves charged with trafficking as there are multiple types of conduct which fit the definition of the offense. It is important to understand that you are facing a very serious situation if you have been arrested for drug trafficking and you need an experienced criminal defense lawyer to assist you. Dan Dworin is an Austin lawyer who has been licensed since 1995. He devotes his practice to protecting the rights of the accused and believes that everyone is entitled to the most vigorous defense. We focus on this area of law so that you may focus on your future. Contact us today to schedule an initial consultation.

Texas considers one to be “trafficking” narcotics if they manufacture, deliver, or possess certain drugs with the intent of delivering them. Simply possessing a certain amount of narcotics will also result in a defendant facing trafficking charges. The Texas Controlled Substances Act divides illegal drugs into four groups (marijuana is in its own separate category). The level of charges filed is determined by the amount of narcotics one is found to be carrying and the group which those narcotics fall into. The most serious group of drugs (known as “Group 1”) include cocaine, heroin, methamphetamine, oxycodone, ketamine, GHB, Rohypnol, and others. “Group 2” includes mushrooms, synthetic marijuana, and other drugs. Groups 3 and 4 include Peyote, anabolic steroids, and more.  Penalties for trafficking can range from a state felony (which carries a sentence of six months to two years) to a life felony (which carries a sentence of fifteen to ninety-nine years). These penalties may be in addition to other charges which traffickers often face.

Trafficking charges are initiated through the arrest of the defendant and presentation of the case to a grand jury. After indictment, the prosecution will provide all evidence in their possession to the defense and a trial date will be set. Many such cases, and narcotics-related charges in general, hinge on whether law enforcement found the drugs by violating a defendant’s rights. Such violations may include stopping a person or vehicle in a way which violates the Fourth Amendment, basing a search warrant upon the word of an unreliable confidential informant, or searching someone’s residence without a required warrant. Such violations may lead to the suppression of illegally-seized evidence or dismissal of a case. If such a dismissal is not possible then the prosecution must still prove, beyond a reasonable doubt, that the defendant knowingly possessed the drugs and intended to distribute them. If prosecutors cannot prove these facts then the case will end in an acquittal. Such cases involve complicated legal issues and it is crucial that you retain an experienced attorney.nced attorney.

Dan Dworin is an Austin drug trafficking lawyer who aggressively protects the rights of the accused. After an initial review of your case Dan will file any necessary Motions with the Court. These Motions may include requests to suppress the admission of evidence which was collected in violation of the Fourth Amendment to the United States Constitution, requests to quash search warrant that was based upon information from a questionable informant, as well as a request to exclude statements which were taken in violation of the defendant’s Miranda rights. Dan will thoroughly question the law enforcement officers at an evidentiary hearing and will seek dismissal of the charges. If a dismissal cannot be obtained and a resolution cannot be reached then Dan will not hesitate to take your case to trial. We recognize that this is a serious time in your life and we will take it seriously. Contact us today.

Austin defendants may also face federal criminal charges for drug trafficking. Federal law divides controlled substances into five “schedules” and the level of charges one faces will, again, depend on the amount and schedule of the substance involved. Those facing federal charges are being prosecuted by the Unites States government and may be sentenced under the U.S. sentencing guidelines. Dan is licensed in Federal Court and is experienced in handling such cases. It is our goal to provide you with the highest level of representation and the highest level of service. This is our promise in each and every case we handle.