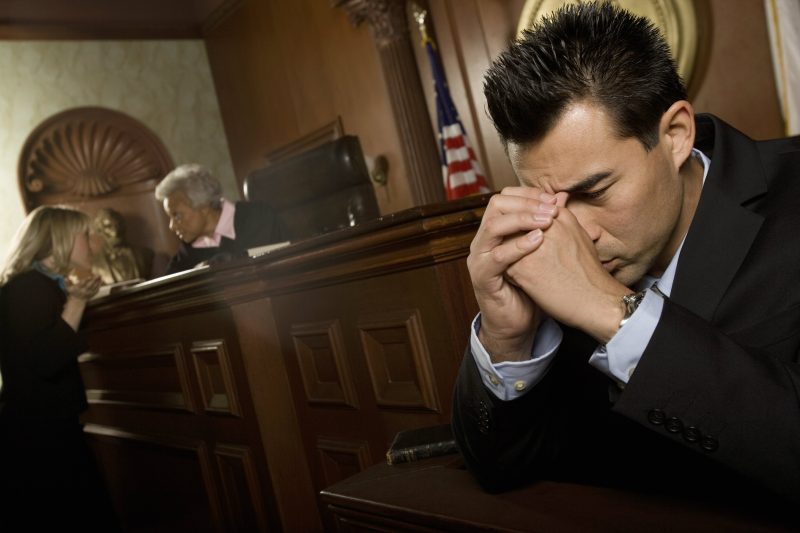 Few charges are as difficult on a defendant as those involving sexual assault or rape. The accused will often face harsh criticism from others before they have even had a chance to challenge the evidence in court. Prosecutors pursue such cases in an aggressive fashion. A conviction will result in the defendant facing a prison sentence, a permanent criminal record, having to register publicly as a sex offender, potential disqualification from employment, and difficulty finding housing. If you or a loved one are facing such charges then it is imperative that you retain a criminal defense lawyer experienced in handling such matters. Dan Dworin is an Austin attorney assisting those who have been charged with sexual assault. Dan has been licensed since 1995 and believes that everyone is entitled to a vigorous defense. Contact our office today to schedule an initial consultation.

Sexual assault occurs in the state of Texas when one intentionally touches another, against their will and in a prohibited manner, with the intention of causing arousal. A sexual assault will typically be charged as a second degree felony and is punishable by two to twenty years in prison and a fine of up to $10,000. One convicted of this offense will be required to provide their address to the state and will face charges of failing to register as a sex offender if they do not do so. Also, the matter will be elevated to a first-degree felony, and will be considered “aggravated sexual assault” if a weapon or threat of death, serious bodily injury, or kidnapping was used, if the victim was under 14 years of age, or if illegal drugs were used to impair the victim. The defendant in such cases will often face additional criminal charges such as burglary, trespassing, as well as allegations of being a felon in possession of a firearm if they have a prior felony conviction and used a gun while committing the assault.

Sexual assault cases are often the result of false allegations; having an aggressive lawyer investigating the facts and working with the prosecutor to ensure that a fair and complete presentation to the grand jury is made is critically important. Questions of whether or not the alleged sexual conduct was consensual often come up, and evidence supporting consent must be presented to the prosecutor as quickly as possible to try to head off an indictment. Experienced defense counsel will conduct an investigation which may involve interviewing witnesses and examining records which show inconsistencies in the victim’s claims. It will also be necessary to file requests with the Court to exclude any evidence which was collected in violation of the Defendant’s rights. If the case is indicted and an agreed resolution cannot be reached then the case will proceed to trial. A jury will hear evidence from both sides and decide the question of guilt or innocence. If the defendant is convicted then a later court date will be set at which the Judge will issue a sentence, or if the defendant elects jury punishment the same jury that  convicted him will determine the sentence. It cannot be overstated that the legal process is complicated and that it is important to retain an attorney who is qualified to handle the matter.

Dan Dworin is an Austin lawyer defending those charged with sexual assault. Dan has been licensed since 1995 and is certified by the Texas Board of Legal Specialization as a specialist in criminal law. Before your initial consultation he will typically review the public records in order to gain a better understanding of your situation. He will use the consultation to hear your side of the story and help you understand what it is you should expect from the process. Once retained he will immediately begin an investigation. This will include interviewing potential alibi witnesses, other witnesses, and exploring evidence which shows an inconsistency in the victim’s claims. Dan will also file motions to exclude any evidence which may have been collected in violation of the Fourth or Fifth Amendments. Such evidence can include clothing collected by the police, information taken from one’s cell phone, or statements made to law enforcement. He will ensure that you are prepared for trial and that your rights are protected throughout the process. Our office understands that you are facing a serious situation and we will take it seriously. Contact us today.

Being charged with rape can have a devastating impact on one’s life. Dan believes in providing effective representation and quality service. This service includes quickly returning phone calls, promptly responding to emails, and making himself available to answer one’s questions. One has enough to worry about under such circumstances and being able to reach their attorney should not be another cause for concern. Dan also maintains excellent relationships with other professionals, including investigators and psychologists, who can help prepare an effective defense and/or punishment hearing.