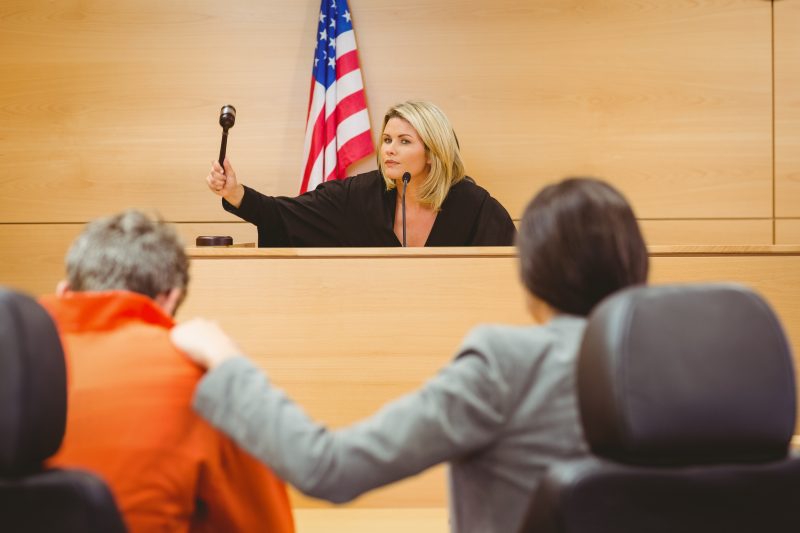 This is the next post in my series on the handling of sexual assault cases in Austin, Texas. My last article discussed the possibility of excluding eyewitness testimony in sex crime cases. It is important to understand that, in cases where the prosecution’s case hinges entirely on eyewitness testimony, then excluding a witness may result in a dismissal. The challenging of eyewitness testimony involves several complicated legal issues. It is, therefore, important that you speak with an experienced criminal defense attorney if you believe that law enforcement violated your rights. In this article I will discuss what a defendant should expect from the trial process. If you or a loved one are in need of assistance then contact my office today to speak with a lawyer.

I have previously discussed attending jury trials in Austin domestic violence cases. A similar process will be followed in cases involving claims of sexual assault. The matter will begin with the selection of a jury. Each side will be able to ask questions of potential jurors. The judge will also ask questions of the potential jurors. If it is clear from a potential juror’s answer that they cannot be impartial, then the judge will dismiss them from the jury pool “for cause.” Both the defense attorney and the prosecutor will also be given a number of “strikes” which they may use to remove potential jurors from the pool. It is a violation of the United States Constitution for the prosecutor to strike a juror on the basis of ethnicity, gender, religion, or some other protected characteristic. Once jury selection is complete, the jury will be empaneled and opening statements will be made by each side.

The prosecution will present its evidence and witnesses after opening statements have been made. The prosecution is permitted to present its case first due to the fact that it has the burden of proof in the matter. The defense will then present their evidence and witnesses. After the defense has completed their presentation, then the prosecution will be able to present “rebuttal” evidence. Rebuttal may only be used to challenge evidence and claims which were raised by the defense. The prosecution may not use this part of the case to raise new arguments or to present new facts. After the prosecution has completed its case, then the attorneys for each side will inform the Court of any special jury instructions which they are requesting. The jurors will not be present while this request is being made. Once the court has finalized the jury instructions then closing arguments will be made before the jury. The jurors will be asked to deliberate on the matter and they will deliver a verdict of “guilty” or “not guilty.”

If the defendant is found to be not guilty and is not out on bond, he or she will be released from custody shortly thereafter. They will also be eligible to expunge the arrest and subsequent criminal charge from their record due to the fact that they were acquitted. If, by contrast, the defendant is convicted and has elected to have the jury decide punishment, that phase of the trial begins immediately. The sentence will depend on the facts of the case, the defendant’s prior record, and whatever evidence both sides put forward at the punishment phase of the trial.

The handling of a trial is very complicated. The rules of evidence will be enforced and your attorney must be able to present your case in a way which the jury will understand. If your counsel is not versed in the rules of evidence then it is possible that facts which weigh in your favor may go unadmitted. It is also possible that facts which should not have been admitted against you will be considered by the jury. By retaining an experienced representative, you increase the chances of your matter being handled properly.

I am in Austin criminal defense lawyer who handles sexual assault cases. I am Board Certified In Criminal Defense by the Texas Board of Legal Specialization and I have been practicing law since 1995. I devote my practice to protecting the rights of the accused and I practice in no other field of the law. I understand that this is an important time in your life and I believe that everyone is entitled to both aggressive representation and respect. If you or a loved one are in need of assistance then contact me today to speak with an attorney. I look forward to speaking with you.