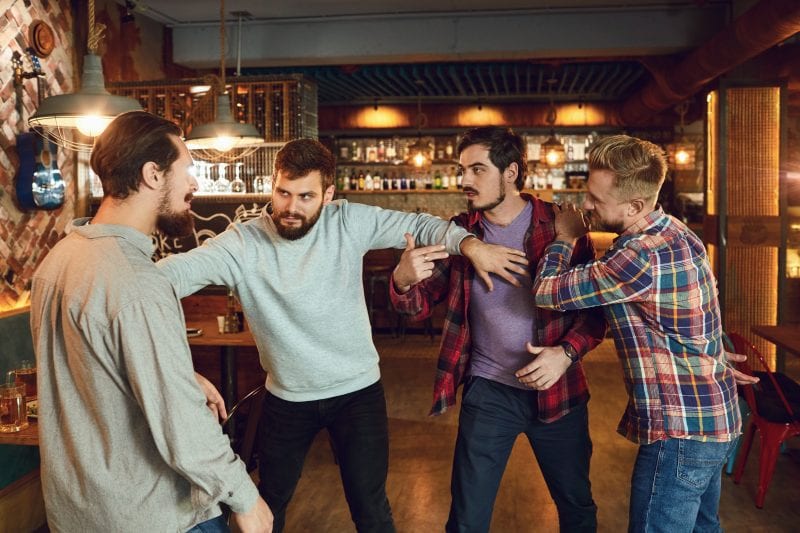 This is the next post in my series on the handling of aggravated assault charges in Austin, Texas. My last article discussed defending against false claims of aggravated assault. It is vital that one take such charges seriously, even if they know the claims to be false. Failing to give the matter the attention it deserves may result in one serving time and facing other consequences. It is, therefore, vital that you speak with an attorney after having been arrested. In this article I will discuss the possibility of claiming self-defense in such cases. A claim of self-defense can involve complicated legal issues and should be discussed with counsel. If you or a loved one have been arrested then contact my office today to speak with a lawyer.

I have previously discussed claims of self-defense in domestic violence cases. Many of these same concepts apply in the context of an aggravated assault. Under Texas law, an Austin resident may use a reasonable amount of force to protect themself from another’s aggression. Using force to protect one’s self will be seen as “reasonable” if it is no greater than what is necessary to stop the attack. Suppose, for example, that person “A” is about to punch person “B”. If person B pushes person A to the ground, and holds them there until law enforcement arrives, then this would likely be seen as reasonable. If, on the other hand, A is about to punch B, and B then severely beats A with a baseball bat then this,  for obvious reasons, would likely be considered an unreasonable use of force. B would likely face charges under the later scenario.

Claims of self-defense become very fact specific when dealing with charges of aggravated assault. As I stated in my prior article, aggravated assault involves the infliction of serious harm or the involvement of a deadly weapon. This means that a defendant would have to show that such a level of action was necessary for their safety. There are situations where this is possible. Suppose that Joe is walking to his car and is legally in possession of a registered pistol for which he has a concealed weapons permit. An individual in the parking lot is not paying attention and almost hits Joe with his car. The individual gets out of his car and points a weapon at Joe. The individual is screaming, yelling, and Joe has a reasonable belief that the individual is about to shoot him. Under this set of facts, it may be seen as a reasonable use of force if Joe draws his weapon and shoots the individual in the leg to incapacitate him. If the force is seen as reasonable, then Joe may be able to claim self-defense. It is important to understand, however, that the jury will be the final arbiter or whether the use of force was reasonable. It is also important to understand that how a jury will rule in a particular situation will always depend on the facts of the case. It is best to discuss your situation with a lawyer.

It is important to understand that it is possible to be arrested and charged even if you were acting in self-defense. When police arrive at the scene of a crime, they will make their best effort to determine what happened and to arrest the offending party. First impressions or mistaken assumptions can sometimes result in law enforcement thinking that one, who was defending themself, was the primary aggressor in a situation. If such a mistake occurs then the individual who was defending themself will likely be arrested. It will be crucial that such an arrestee hire an experienced lawyer to build a case and present their self-defense claim to the jury.

I am an Austin criminal defense lawyer who has been practicing law since 1995. I am familiar with the facets of a self-defense claim and my office is ready to assist you. Contact us today if you have been arrested for aggravated assault. I also serve the cities of Rollingwood, Round Rock, Elgin, Jonestown, Manor, Bee Cave, Lago Vista, Sunset Valley, Lakeway, Creedmoor, Georgetown, Cedar Park, Leander, and San Marcos, Texas.