Penalties For Illegally Carrying A Firearm In Austin, Texas 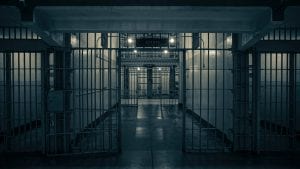 This is the next post in a series of articles discussing issues commonly arising in cases involving firearm charges in Austin, Texas. My previous post addressed the circumstances in which successfully defending against an underlying criminal charge can lead to the dismissal of associated gun charges. Defense strategies can be complicated and their application and availability will differ based on the specific facts of every situation. For this reason, if you are charged with a criminal offense involving a firearm, it is essential that you contact an experienced attorney as soon as possible to represent your interests. In this article, I will discuss the penalties for illegal possession of a gun under Texas law. If you need assistance, contact my office today to speak with a lawyer.

While Texas is known for protecting its citizens’ rights to bear arms, there are a number of state laws that make it illegal for individuals to carry or possess firearms under certain circumstances. For instance, subject to certain exceptions, individuals can be charged with unlawfully carrying a firearm if it is a handgun carried in plain view, during the commission of a crime, in violation of a court order, or if they are a gang member. Unless the offender falls into an exception, such as possessing the gun as part of their official job duties, a violation of this law is treated as a Class A misdemeanor under Texas law. A conviction of such charge is punishable by up to one year in prison and up to a $4,000 fine. If the violation occurs in a bar or liquor store, it will be considered a third-degree felony, punishable by up to ten years in jail and a fine of up to $10,000. It is also illegal to bring a firearm into certain prohibited places under Texas law. Locations such as schools, election polling places, airports, racetracks, or certain government buildings. Violations of these provisions are third-degree felonies.

In addition to the restrictions stated above, Texas, like other states and the federal government, places additional prohibitions on specific classes of people, including convicted felons, individuals convicted of domestic assault, and those subject to a restraining order. Often referred to as the “felon-in-possession” statute, this law makes it illegal for such individuals to possess a gun, even if momentarily, for a specific period of time after they have been convicted of the underlying offense. A violation of this statute by a domestic violence offender or a person who has been served with a restraining order is a Class A misdemeanor, while a violation by a convicted felon is a third-degree felony under Texas law. If an individual is charged with violating the federal felon-in-possession statute, their punishment will be determined in accordance with the federal sentencing guidelines.

It is important to recognize that the penalties described above will be in addition to any punishments the person may receive if another crime has been committed. Furthermore, penalties for criminal activity if a gun is present are often elevated above what they would have been had the firearm not be involved. For these reasons, I cannot overstate the need to contact experienced defense counsel to represent you if you have been charged with a gun-related offense. Contact my office today to speak with an attorney. In addition to Austin, I also serve the cities of Rollingwood, Round Rock, Elgin, Jonestown, Manor, Bee Cave, Lago Vista, Sunset Valley, Lakeway, Creedmoor, Georgetown, Cedar Park, Leander, and San Marcos, Texas.