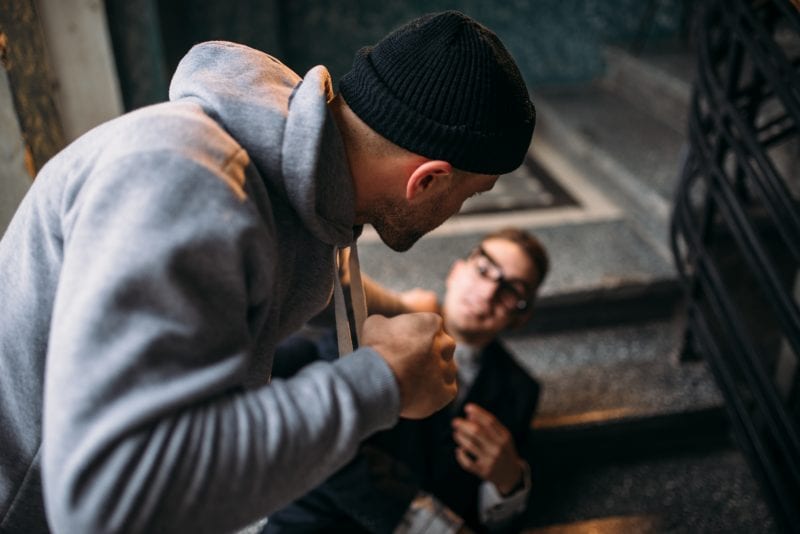 This is the next post in a series of articles discussing defending against aggravated assault charges in Austin, Texas. My previous post provided an overview of the topics to be discussed throughout this series. It also stressed the importance of retaining a criminal attorney as soon as possible if you have been arrested. In this article, I will review the legal definition of aggravated assault and the penalties if one is convicted. Because it is a crime of violence, Texas law imposes severe consequences for this offense. It is imperative, therefore, to contact an experienced criminal defense attorney to vigorously defend you against such charges. If you need assistance, contact my office today to speak with a lawyer.

A person commits aggravated assault if they: (i) intentionally, knowingly, or recklessly cause serious bodily harm to another, or (ii) exhibit or use a deadly weapon during the commission of a simple assault, such as when threatening to harm someone or engaging in offensive physical contact. For instance, if a person pokes someone in the arm with their finger during an argument, that would likely be simple assault. If, however, they were displaying a gun during the argument, this would be considered aggravated assault, whether or not any physical harm occurred. Aggravated assault is a second-degree felony generally, but will be elevated to a first-degree felony under certain circumstances. Such situations include when the crime is committed against certain family members, public servants, or security officers. Other situations include when the victim is someone who reported or witnessed a crime, when the offense is committed by a public servant acting in that role, or the offense was committed in the context of a drive-by shooting. Those convicted of a second-degree felony will face between two and twenty years in jail and a fine of up to $10,000. If convicted of a first-degree felony, the accused will face between five and ninety-nine years behind bars and a fine of up to $10,000.

In addition to the significant potential incarceration periods, a person convicted of aggravated assault may be ordered to pay restitution to the victim. They will also have a permanent criminal record as a convicted felon. Like other states and the federal government, Texas places additional prohibitions on convicted felons. For instance, the Texas “felon-in-possession” statute makes it illegal for felons to possess a gun for a period of time after they have been convicted of the underlying offense. A violation of this statute is a third-degree felony under state law. A violation of the federal felon-in-possession statute will be punishable in accordance with the federal sentencing guidelines. Felons also commonly find it difficult to find employment, housing, or credit because such information is available on routine criminal background checks.

Given the serious consequences of an aggravated assault conviction, I cannot overemphasize the importance of defending oneself against such charges with the help of an experienced criminal defense attorney. I have been practicing since 1995 and am certified by the Texas Board of Legal Specialization as a specialist in criminal law. Contact my office today to speak with a lawyer. In addition to Austin, I also serve the cities of Rollingwood, Round Rock, Elgin, Jonestown, Manor, Bee Cave, Lago Vista, Sunset Valley, Lakeway, Creedmoor, Georgetown, Cedar Park, Leander, and San Marcos.