Offenses Typically Charged In The Western District Of Texas 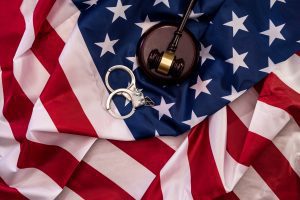 This is the next post in my series on the handling of federal criminal charges in the Western District of Texas. My last article discussed the process of defending against federal charges. It is important for defendants to understand that the federal system follows a different set of laws, and different procedural rules, from Texas’ state courts. Retaining counsel who is experienced in handling such matters means that you will have a representative who is familiar with this separate legal system. Not all attorneys are licensed in Federal Court so it is critical that you select the correct counsel. In this article I will discuss the types of cases that are typically charged by the United States government. If you or a loved one are facing such charges then contact my office today to speak with an Austin federal defense lawyer.

Most federal charges are brought pursuant to Title 18 or 21 of the United States Code. These cases encompass a wide range of conduct. Charges typically brought by the US Attorney can include white collar offenses such as embezzlement, mail fraud, defrauding a federal agency, and running “scams” over the internet which cross state lines. Other charges can include more violent behavior such as bank robbery, being a felon in possession of a firearm, committing an act of violence against a federal official, and more. Many large-scale drug conspiracy charges are brought in federal court in the Western District of Texas, due to the proximity of the U.S./Mexico border. It can also be an offense to commit a crime of any type either on federal land or while in a federal building. Such offenses can include driving under the influence in a federal park or committing a battery while inside of a federal building. To put it simply, the variety of cases brought before federal judges is wide.

When handling federal charges, it is important to understand that the rules of evidence and procedure in Federal Court will be strictly enforced. While this is not to say that Texas’ state courts do not enforce their own rules, the federal system is far more unforgiving when it comes to enforcing deadlines, allowing the admission of evidence, and more. An attorney who is not familiar with the rigid nature of federal practice can be surprised and, unfortunately, unprepared for this difference. This can potentially result in negative consequences for one’s client. When you are selecting an attorney to handle such a matter, it is strongly suggested that you question them about their experience in handling federal cases.

I have been practicing law since 1995 and am licensed in the Western District of Texas. I am Board Certified in Criminal Law by the Texas Legal Board of Specialization and I devote my practice to defending the rights of the accused. As an experienced federal defense attorney, I will give your case the attention it deserves and will work to ensure that you know what to expect from the process as your case moves forward. If you or a loved one are in need of assistance then contact my office to speak with an Austin lawyer. I also serve the cities of Rollingwood, Round Rock, Elgin, Jonestown, Manor, Bee Cave, Lago Vista, Sunset Valley, Lakeway, Creedmoor, Georgetown, Cedar Park, Leander, and San Marcos, Texas.