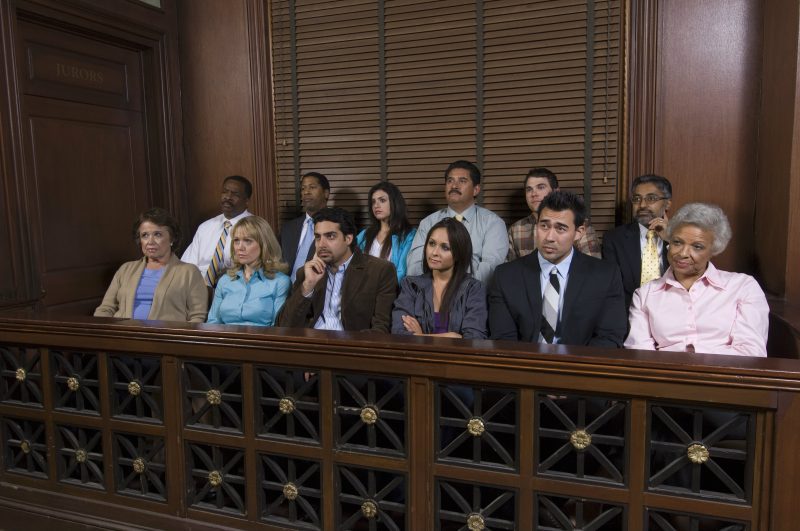 This is the next post in my series on the handling of domestic violence cases in Austin, Texas. My last article discussed claiming self-defense in family violence cases. It is important to understand that there are instances in which one was arrested but, in fact, they were not the primary aggressor. It may be possible to be found not guilty by establishing self-defense at trial. If you have been arrested then it is crucial that you speak to a criminal defense attorney immediately. In this article I will discuss an important topic – the right to a jury trial in such cases. If you require assistance then contact my office today to speak with a lawyer.

Texas is different than many other states in that it affords the right of a jury trial to those charged with misdemeanor domestic violence. In many states a defendant would only have a right to a jury if they were charged with felony assault. In Texas, those charged with misdemeanor crimes involving domestic violence can have their case decided by a jury made of six jurors. Those charged with a felony can have their matter decided by a jury made of twelve jurors. One can only be convicted, in either setting, if the jury unanimously agrees on a finding of guilt. If the jury cannot reach a consensus then the matter will end in a mistrial and it is possible that a defendant will be retried at a later date. If the jury agrees that the defendant is not guilty then the defendant can immediately move to have the records of the arrest and charges expunged from the defendant’s record.

Jurors are members of our community who are served a notice for jury duty. The selection of a jury begins with a pool of candidates. The prosecution and the defendant’s attorney will each be able to ask the candidates questions through a process known as voir dire. The Judge may also ask his or her own questions. If it clear that a potential juror cannot be unbiased then the Judge may remove the candidate from the pool. Additionally, the attorneys will each have a number of challenges which they may use to remove jurors from the pool. A juror may not be removed due to their ethnicity, religion, gender, or for some other protected reason. Once a jury has been selected they will be empaneled and the case will begin.

It is crucial that your attorney be experienced in dealing with juries. The jurors will often not have legal backgrounds and it is important that your matter be presented in a way that is easy to follow and understand. Also, it is crucial that counsel not allow the prosecutor to engage in what is known as “prosecutorial vouching” for the credibility of the accuser while making a closing argument to the jury. Hiring an experienced lawyer helps with making sure that your case is handled properly.

Contact my office today to schedule an initial consultation. I began practicing in 1995 and am certified by the Texas Board of Legal Specialization as a specialist in criminal law. In addition to Austin, my firm also handles cases in Rollingwood, Round Rock, Elgin, Jonestown, Manor, Bee Cave, Lago Vista, Sunset Valley, Lakeway, Creedmoor, Georgetown, Cedar Park, Leander, and San Marcos, Texas.