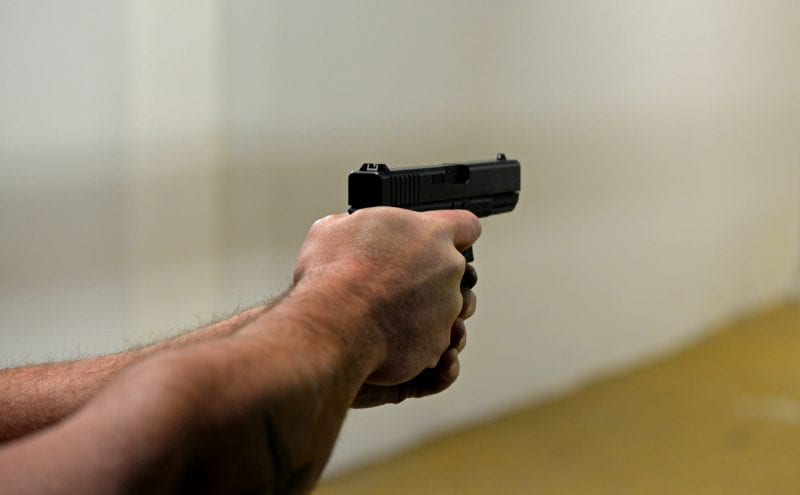 This is the next post in a series of articles discussing issues that commonly arise in cases involving gun-related charges in Austin, Texas. My previous post provided an overview of the topics to be discussed throughout this series. It also stressed the importance of taking gun charges seriously and retaining a lawyer with experience in defending clients against such matters. In this post, I will explain why gun charges are often brought in connection with charges for other criminal activity. If you have been arrested and your charges include firearm-related offenses, contact my office as soon as possible to speak with an attorney.

In Texas it is not illegal to possess a handgun, or pistol, in your own premises or in a vehicle (if it is not openly displayed within the vehicle). However, if a person who is arrested for another offense is found to be in possession of a firearm, even if it would be otherwise legal, that person will likely find themselves charged with a weapons possession charge on top of whatever else they are arrested for. Gun charges often accompany accusations of other criminal offenses. It is not uncommon, for instance, for the police to arrest an individual on a matter unrelated to a firearm, such as a DUI or possession of drugs, and realize the perpetrator is possessing a gun. Whether or not the firearm was used in the commission of such underlying crime, the person will likely face charges for the primary criminal activity as well as a gun charge. If the accused is a felon, that person may be guilty of violating state and federal felon in possession statutes, whether or not they are convicted of the accompanying charge. This is because even the ordinarily legal possession of a firearm in a vehicle becomes illegal if the person is committing another crime in the vehicle.

Consider the following example. A police officer observes a parked car with a large amount of smoke billowing from its windows. As the officer approaches, he recognizes the smell as heroin smoke. He arrests the driver and passenger after finding heroin and paraphernalia openly visible in the car. The officer pats down the individuals and finds that they are both carrying weapons. The weapons are immediately seized. Both the driver and the passenger are charged with drug possession offenses and illegally possessing firearms. Under this scenario, the defendants, if convicted, could face separate penalties for each charge, which may or may not run concurrently. Furthermore, depending upon the circumstances, a prosecutor may be able to charge them with elevated crimes because the guns were present during the commission of the offense. If either of them were already convicted felons, they would face state or possibly federal felon in possession charges. Had they not been caught engaging in the drug-related activity, they may not have been accused of firearm charges, and unless they were otherwise prohibited from gun possession, their possession of the weapon.

Even those with a Concealed Handgun License (CHL) can be arrested for possession of a firearm in the course of committing another offense. For example, an otherwise lawfully-carrying citizen could be charged with Unlawful Possession of a Firearm by License Holder if he is accused of committing another offense while carrying (including misdemeanor offenses such as criminal trespass or DUI).