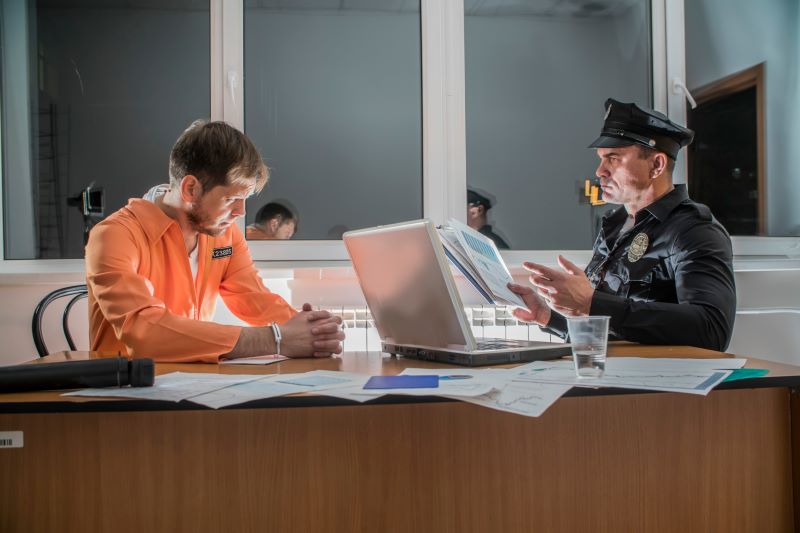 This is the next post in my series on the handling of sexual assault cases in Austin, Texas. My last article discussed how Fourth Amendment violations can impact sex-related charges. If law enforcement violated a defendant’s right against unreasonable search and seizure, then any evidence obtained may possibly be ruled inadmissible in court. Depending on the nature of the case, such a ruling may make it more difficult for the prosecution to prove their case. The Fourth Amendment is a highly complicated area of law and it is strongly suggested that you retain an attorney who is experienced in handling such matters. In this article I will discuss how the violation of the Fifth Amendment, otherwise known as a Miranda violation, can impact the handling of such cases. If you or a loved one are in need of assistance then contact my office today to speak with a criminal defense lawyer.

The Fifth Amendment to the United States Constitution protects an individual from having to testify against themselves. This protection also includes the right against self-incrimination while speaking with law enforcement. As a general rule, law enforcement must provide a Miranda warning before asking questions of an individual who is “in custody.” An individual is considered to be in custody when a reasonable person of similar circumstances would not feel that they are free to leave. If law enforcement fails to advise an individual of their Miranda rights, or questions an individual without obtaining an adequate waiver of those rights then any statements made by the defendant to law enforcement may possibly be ruled inadmissible in court. Depending on the nature of the case, such a ruling may result in the prosecution not being able to prove the matter against the defendant.

Suppose, for example, that an Austin resident named Bob has been accused of sexual assault.  Law enforcement goes to Bob’s house to question him. The officers knock on the door and ask if they can speak with Bob. When asking to speak with him, the officers are holding their hands on their weapons and are also holding the door open so that Bob does not feel he can close it. The police do not advise Bob of his Miranda Rights. They then ask Bob where he was at the time of the alleged incident. Bob admits to being in the vicinity of where the incident took place at the alleged time. Under this scenario, the court may rule that Bob did not feel free to leave due to the way in which the officers were presenting themselves. This would mean that the officers were required to give Bob a Miranda warning before asking him questions. Their failure to do so may result in his statements, regarding his location, being ruled inadmissible in court. If the prosecution has no other evidence, besides the statement, that Bob was in the area at the time of the incident then there is a chance they would not be able to prove he was in the vicinity of the crime. It is important to understand how the court will rule in any given situation is always going to depend on the specific facts of the case. This is why it is important to speak with a lawyer.

The first step in requesting that the Court rule statements to be inadmissible is to file a Motion. This is a written request in which the defendant will state why he or she believes the law was violated. The Court will schedule a hearing at which the motion will be decided. This hearing will include testimony from the arresting officers as well as any other relevant witnesses. Counsel for the defendant will be able to examine the officers and they will be cross-examined by the prosecution. The handling of such matters involves several legal issues, some of which are highly complex. By retaining an attorney who is experienced in handling such matters, you increase the chances of your case being handled correctly.

I am an Austin criminal defense lawyer who devotes his practice to protecting the rights of the accused. I strongly believe that everyone is entitled to aggressive representation and I take pride in the level of service which my office provides. I am board certified in criminal defense by the Texas Board of Legal Specialization  and I have been practicing law since 1995. If you or a loved one have been arrested then contact my office today to schedule an initial consultation. We look forward to speaking with you. I also serve the cities of Rollingwood, Round Rock, Elgin, Jonestown, Manor, Bee Cave, Lago Vista, Sunset Valley, Lakeway, Creedmoor, Georgetown, Cedar Park, Leander, and San Marcos, Texas.