Dealing With The Federal Sentencing Guidelines After A Criminal Conviction In Austin, Texas 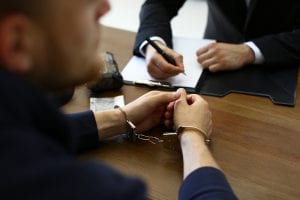 This is the next post in a series of articles discussing the differences between state and federal criminal charges in Austin, Texas. The previous article addressed the types of cases typically handled in the federal criminal court system. Charges brought by the U.S. government will involve a different court system, different laws, and different rules of procedures than charges brought in a state court system. If you are charged with a federal crime, it is imperative to retain a criminal defense attorney who is licensed in the federal system. In this article I will discuss how the Federal Sentencing Guidelines may impact your case after a conviction in federal court. If you or a loved one have been arrested then contact my office today to speak with a lawyer.

The U.S. Sentencing Commission publishes a set of sentencing guidelines which provide instructions to federal judges when determining the punishment applicable to a convicted defendant. The guidelines contain formulas used to calculate sentences based on the type of charges, the severity of the crime, whether the person plead guilty or fought their charges at trial among other elements. Things like whether a person was an organizer of criminal activity, used a firearm in connection with the crime, or caused harm to another person are considered “aggravating factors” and result in a higher guideline level. Also, a defendant’s prior criminal history is taken into account; each “offense level” corresponds to a range of punishment (expressed in months) which increases based on the “criminal history category” the defendant falls into. The way these and other terms are defined is often the basis of sentencing disputes, and having a lawyer who understands the guidelines and how your specific judge tends to rule on various issues involving the guidelines is extremely important.

It is important to understand that it is not mandatory for judges to follow the Federal Sentencing Guidelines. It is possible that a judge may issue a harsher or more lenient punishment, however, most use this framework when handing down a sentence. This is a key difference between the state and federal criminal system. Both Texas state and federal court judges have a significant amount of discretion in deciding on a sentence, but in state court most plea bargains usually involve an agreement as to the exact punishment to be received. In federal court, this is often left up to the sentencing judge. It is also much more likely that a federal defendant will receive a prison sentence, rather than probation. Part of the reason for that is that the guidelines only suggest probation for the most minor crimes, which are rarely prosecuted in most jurisdictions. It is possible to argue that the sentencing guidelines are overly harsh and should not be applied to a particular situation. Your attorney may present evidence of efforts to deal with drug addiction, psychological problems, or physical health issues which might support more lenient sentence. Each case, however, will be dependent upon the facts of the specific situation. For these reasons, it is important to engage criminal defense counsel with experience in the federal district court in which you are charged to represent your interests.

I am certified by the Texas Board of Legal Specialization as a specialist in criminal law and have over two decades of experience practicing in federal court In Austin and elsewhere in Texas. My office also serves the cities of Rollingwood, Round Rock, Elgin, Jonestown, Manor, Bee Cave, Lago Vista, Sunset Valley, Lakeway, Creedmoor, Georgetown, Cedar Park, Leander, and San Marcos, Texas. Call today to speak with an attorney.