Defending Against False Allegations Of Aggravated Assault In Austin, Texas 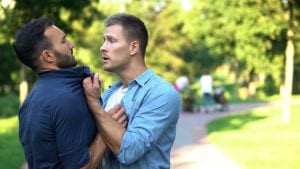 This is the next post in a series of articles discussing defending against aggravated assault charges in Austin, Texas. My previous post reviewed the legal definition of aggravated assault and the associated penalties if convicted. In light of the violent nature of the crime, a person convicted of this offense faces serious consequences. At a minimum, aggravated assault is a second-degree felony punishable by between two and twenty years in prison. Depending upon the specific circumstances of the alleged offense, the charge may be elevated to a first-degree felony, punishable by between five and ninety-nine years behind bars. For these reasons, it is critical to retain a defense attorney with the experience necessary to defend you against such charges. In this post, I will discuss defending against false allegations of aggravated assault. If you need assistance, contact my office today to speak with a lawyer.

I have previously discussed the topic of having to defend against false sexual assault accusations. Unfortunately, it is not uncommon for similar issues to arise when it comes to claims of aggravated assault. People fabricate claims of criminal behavior for a multitude of reasons. For instance, an accuser may make false allegations of aggravated assault against an ex after a nasty break-up or dispute with the intent to harm the reputation or otherwise cause trouble for the accused. False claims often arise in connection with a divorce or child custody dispute. The accuser may be attempting to gain leverage over the other party in a property division negotiation or custody matter. For obvious reasons, a parent has been accused or convicted of a violent crime, a judge would have no choice but to consider that fact when making a custody determination. In some cases, the person may lose custody altogether or be limited to supervised visitation with a child.

It is imperative to take false allegations of aggravated assault seriously and mount a proper defense against the charges. People often mistakenly believe that they will simply have to explain to law enforcement or to a judge that the accusations are untrue and that the charges will be dropped. Law enforcement and the prosecutor must, however, investigate the matter and decide whether or not to prosecute the case. If the accused has not offered any defense, they may elect to move forward on whatever evidence the accuser has presented. In many cases, it is possible to locate evidence, such as on social media or from witnesses, to prove that the allegations are untrue and present the information to the prosecutor before a grand jury is convened. An experienced criminal attorney will understand what types of evidence will be helpful and act quickly to intervene on your behalf. As discussed above, a criminal conviction for aggravated assault will have serious consequences. Failing to defend oneself when the charges are based on lies could be disastrous.

I understand that being arrested on false grounds can be embarrassing and stressful. I help clients in this situation resolve their issues and clear their names as quickly as possible. If you need assistance, contact my office today to speak with a lawyer. I have been practicing since 1995 and am certified by the Texas Board of Legal Specialization as a specialist in criminal law. In addition to Austin, I also serve the cities of Rollingwood, Round Rock, Elgin, Jonestown, Manor, Bee Cave, Lago Vista, Sunset Valley, Lakeway, Creedmoor, Georgetown, Cedar Park, Leander, and San Marcos, Texas.