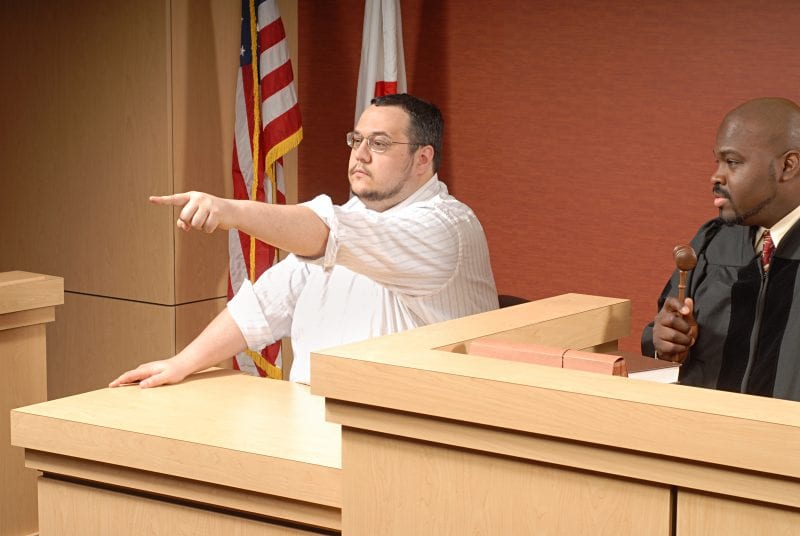 This is the next post in my series on the handling of aggravated assault charges in Austin, Texas. My last article discussed the possibility of claiming self-defense in an aggravated assault case. It may be possible to claim self-defense in such matters if it can be shown that the amount of force used was actually necessary to protect one’s safety. Such claims are highly complicated, and it is strongly advised that you discuss your situation with an attorney as soon as possible. In this article I will discuss the possibility of precluding eyewitnesses from testifying at trial. The precluding of such testimony can be crucial under certain circumstances. If you are in need of assistance then contact my office today to speak with a lawyer.

The United States Constitution allows for an eyewitness to be precluded from identifying a defendant as the perpetrator of a crime while in the presence of a jury. In order to preclude such testimony, a defendant must meet a two-factor test established by the U.S. Supreme Court. First, it must be shown that the witnesses’ original identification of the defendant was the result of overly suggestive police procedures. Second, it must be shown that the identification is not otherwise reliable. If the Judge finds, prior to trial, that these requirements are met, then the witness will not be allowed to identify the defendant in open court.

Consider the following example. Joe exits a bar and is confronted by another patron of the establishment. The other person is holding a weapon of some sort and Joe reasonably believes the individual will use it. Joe grabs a nearby object and hits the individual in the head. Joe was likely acting in self-defense. But an individual, who was thirty feet away at the time, tells police that an individual roughly matching Joe’s description was the primary aggressor (the person was unable to see that the other individual was holding a weapon). The police show the witness a photographic lineup and ask him to identify the primary aggressor from the photos; the photographic lineup includes a picture of Joe, wearing a dark shirt, standing in front of a light background and five other individuals, standing in front of similar backgrounds but wearing dark shirts.

Joe will likely wish to claim self-defense at trial. His claim would likely be bolstered if the eyewitness is not allowed to testify; precluding the witness would mean that the jury would determine what happened by comparing Joe’s word against that of the other individual. Prior to trial, Joe’s counsel may file a motion to exclude the testimony. Under the facts stated above, the motion may be successful. This is due to a) the fact that the police presented the witness with a photographic lineup which was highly suggestive (Joe stood out from all the other individuals in the lineup due to clothing), and b) the fact that the witness’ identification was not reliable as he was thirty feet away at the time of the incident. How the court will rule in any given situation will always depend on the judge and the facts of the case.

If you have been arrested for aggravated assault then it is important to understand that you may have options. An attorney can help you to better understand your situation. I have been licensed to practice law since 1995 and am certified by the Texas Board of Legal Specialization as a specialist in criminal law. I will make sure that no stone goes unturned in your defense. Contact my office today to speak with an Austin lawyer.