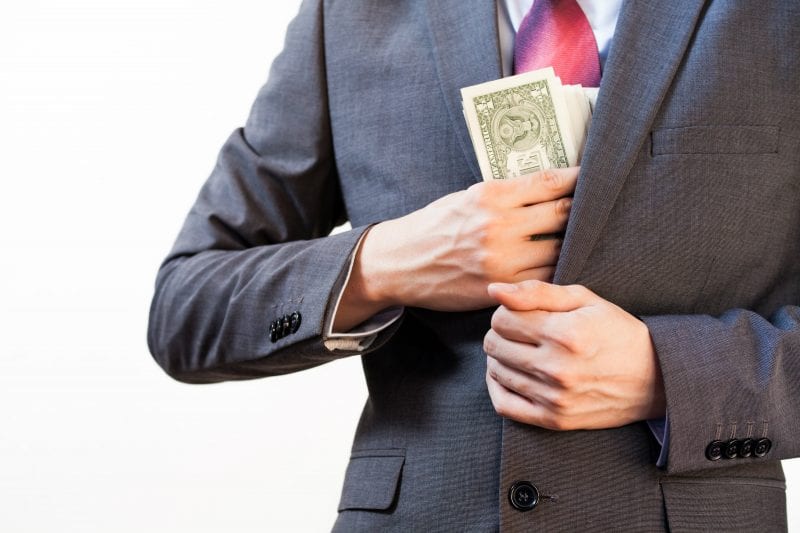 Embezzlement occurs when a person violates a position of trust by misappropriating or stealing property or funds owned by another. Embezzlement occurs, for example, when an employee redirects employer funds to their own bank account or an investment advisor misappropriates client funds for their own gain. The Texas Penal Code treats embezzlement as a form of theft. Serious penalties may be imposed upon those convicted of such an offense. Dan Dworin is an experienced criminal defense attorney who is ready and able to defend you against embezzlement charges. If you have been charged with embezzlement, contact our office today to schedule a consultation with an Austin lawyer.

Under Texas law, embezzlement is a form of theft which involves unlawfully appropriating property or money from the owner without the owner’s consent. The punishment for embezzlement depends largely on the value of the goods misappropriated from the owner. There are five primary “levels” of theft charged, which are punishable as follows:

Elevated penalties will apply regardless of the value of the property if the suspect was a public servant, government contractor or Medicare provider who used their position as such to embezzle from a victim. Further, if the victim is elderly or a non-profit organization, penalties will also likely be enhanced. Embezzlement cases often include elements of fraud, which can lead to additional state or federal charges.

A prosecutor must be able to prove beyond a reasonable doubt that the accused intended to steal or misappropriate from the owner without the owner’s consent. An experienced criminal defense counsel will understand the various elements of the alleged crime and how to defend a suspect effectively. Dan understands that expert witnesses may be required to challenge the link between the suspect’s actions and the alleged crime. If law enforcement officials violated your rights then he will seek to exclude illegally seized evidence under the Fourth or Fifth Amendments to the U.S. Constitution. Such violations may include searching one’s cell phone or computer without a warrant or entering a residence when a warrant was required. Dan will immediately obtain any required discovery from the prosecution. After completing his investigation, he will file any necessary Motions and, if necessary, prepare your case for trial. Throughout the process, Dan will ensure that you are prepared to proceed and that you know what to expect. Contact our office to speak with a lawyer.

Dan is an attorney who is certified as a specialist in criminal defense by the Texas Board of Specialization. He has been aggressively representing his clients since 1995. In addition to Austin, our firm also serves the cities of Rollingwood, Round Rock, Elgin, Jonestown, Manor, Bee Cave, Lago Vista, Sunset Valley, Lakeway, Creedmoor, Georgetown, Cedar Park, Leander, and San Marcos, Texas.

An embezzlement conviction carries serious consequences. If convicted, one will not only face incarceration or financial penalties, but also a permanent criminal record, the loss of professional licenses, and the inability to pass a background check. Dan takes such charges very seriously to make sure that the best possible results are achieved. Dan understands that client communication is essential to the success of the lawyer-client relationship. To that end, his services include responding to phone calls and emails within 24 hours of receipt. He is also committed to meeting with clients prior to their court appearances and making himself available to answer any questions throughout the process. Contact our office online or by telephone to schedule an appointment with an attorney.