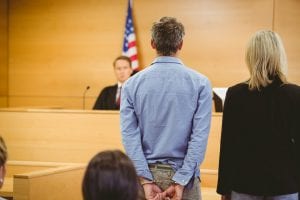 This is the first post in a series of articles which will address the topic of choosing a criminal defense lawyer to handle matters in the Western District of Texas. I have previously written on the differences between state and federal charges as a general matter. As I discussed in that series, there are important differences between the two legal systems. I will be expanding on that discussion by addressing specific differences which your attorney may have to address if you have been charged by the U.S. Government. The goal of this series is to provide information which will assist with the selection of a lawyer. If you or a loved one need assistance then contact my office today to schedule an initial consultation.

I will be addressing a number of topics over my coming articles. Issues which I will analyze include:

I am addressing these topics for a number of reasons. First, the federal system has its own rules and procedures which are distinct from those found in Texas’ state courts. Many defendants, who are familiar with the state system but not the federal system, are surprised to learn of these differences. Second, the U.S. Government has its own set of laws which form the basis for federal charges. Understanding these differences is important to a more complete understanding of one’s rights. Third, federal offenses, especially white collar crimes, can involve the use of expert witnesses. Retaining an attorney who is experienced in dealing with experts is, therefore, important. Finally, the federal sentencing system is complex and one who has been accused of a crime should understand the guidelines that are recommended to the District Courts.

If you have been charged in the Western District of Texas then contact my office to speak with an Austin federal defense lawyer. I have been practicing law since 1995 and am Board Certified in Criminal Defense by the Texas Board of Legal Specialization. I look forward to speaking with you. I also serve the cities of Rollingwood, Round Rock, Elgin, Jonestown, Manor, Bee Cave, Lago Vista, Sunset Valley, Lakeway, Creedmoor, Georgetown, Cedar Park, Leander, and San Marcos, Texas.