Dealing With Criminal Charges In The Western District Of Texas 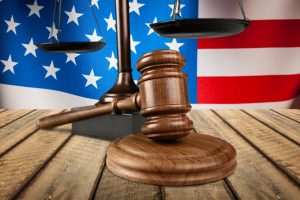 This is the next post in my series on the handling of federal criminal charges filed in the Western District of Texas. My last article provided a list of topics which this series will be addressing. It also stressed the need to contact a criminal defense attorney immediately if you or a loved one have been charged by the federal government. It is important that you begin searching for counsel immediately as not all attorneys are licensed to practice in federal court. In this article I will discuss, as a general matter, the process one will face after an arrest. If you are in need of assistance then contact my office today to speak with an Austin federal defense lawyer.

A defendant will be charged by the United States government after having either been arrested by the F.B.I. or other federal law enforcement agency or after being arrested by local law enforcement and then placed in federal custody. If the Government files a motion to detain the defendant, the Magistrate will make a decision as to whether the accused should remain in custody, or be released, pending trial. A defendant may be released on their own accord if they are not seen as a dangerous offender or a flight risk. Unlike the state court system, the judges don’t set cash bond amounts but rather make a decision as to whether the defendant can be released on an unsecured bond or detained pending trial. This decision will be largely based on the defendant’s criminal history, ties to the community, and the nature of the offense charged.

A trial date will be set after a plea of “not guilty” has been entered. The defense will be provided with all evidence that the prosecution is required to disclose, including anything that tends to show that the defendant is not guilty of the offense or that would cast doubt on the credibility of any government witnesses. Defense counsel will then begin an investigation of the matter. This investigation will involve interviewing witnesses, visiting the scene of the incident (if possible), etc. Defense counsel will also file any necessary motions with the Court. These may include Motions to Suppress illegally seized evidence, which may include drugs, guns, or other such materials. Motions may also be filed to exclude statements which were taken in violation of one’s Miranda rights or to exclude the testimony from certain eyewitnesses. The filing and arguing of such pre-trial motions is crucial as they serve to limit the evidence which can be presented against a defendant. In certain types of cases, prevailing on such a motion may result in the case being dismissed altogether.

Assuming that some sort of a plea arrangement is not reached, the matter will proceed to a trial. The first stage of trial is jury selection, in which the jurors will be chosen from a pool of potential candidates. If it is clear that a juror cannot be impartial then the Judge will dismiss them from the pool for cause. Each side may also challenge a potential juror and have them removed from the pool. A juror may not be challenged by the Government on the basis of gender, ethnicity, religion, etc. Each side will make an opening statement, evidence will be presented, and closing arguments will be made. The jurors will deliberate and deliver a verdict of “guilty” or “not guilty.”

If the defendant is acquitted then the case will be concluded and the accused will be released. If there is a conviction, then the defendant will be held over for sentencing. It is important to understand that, in Federal Court, an accused individual will be subject to the Federal Sentencing Guidelines, which can be complicated. Unlike in state court, the sentencing decision is completely up to the judge; a defendant in a non-capital case does not have a right to jury sentencing.

The aforementioned process can be quite complicated and it is vital that one retain an attorney who is experienced in handling federal offenses. Cases filed in Federal Court are brought under the U.S. criminal code, which is a different set of laws than those applied in Texas State Court. Moreover, different rules of procedure will apply in federal cases. By retaining an attorney who is experienced in dealing with these laws and procedures, one can help to ensure that their case is handled properly.

I am an Austin criminal defense lawyer who is licensed to practice in the Western District of Texas. I am Board Certified in Criminal Law by the Texas Board of Legal Specialization and I work to provide the highest level of service to all of my clients. If you or a loved one have been arrested then contact my office today to speak with a federal defense lawyer. I also serve the cities of Rollingwood, Round Rock, Elgin, Jonestown, Manor, Bee Cave, Lago Vista, Sunset Valley, Lakeway, Creedmoor, Georgetown, Cedar Park, Leander, and San Marcos, Texas.