Austin Sexual Assault Charges May Sometimes Be Based On False Allegations 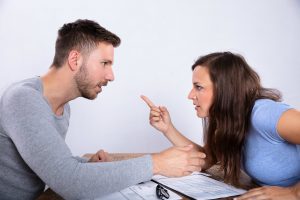 This is the next post in my series on the handling of rape or sexual assault allegations in Austin, Texas. My last article discussed issues which sometimes arise when defending against sexual assault allegations. It is important to understand that whether to cooperate with an investigation requires the assistance of experienced counsel, and that such cases sometimes raise search and seizure issues. Regardless of your situation, it is important that you speak with a criminal defense attorney immediately. In this post I will discuss another issue which arises in such cases – the need to defend against false allegations. If you or a loved one needs assistance then contact my office today to speak with a lawyer.

I have previously discussed the topic of having to defend against false domestic violence accusations. Unfortunately, similar issues sometimes arise when it comes to claims of sexual assault. There are times when an alleged victim may make false allegations in an effort to gain leverage in child custody proceedings or to simply “get even” with an ex. Sometimes these allegations can even go as far as the filing of a false report with Texas police. It is important to understand that if law enforcement views the claims as credible, particularly if they don’t receive any evidence to the contrary from the suspect, then they are likely to obtain an arrest warrant and recommend prosecution of the matter. If you or a loved one have been arrested or are under investigation due to a false allegation then it is crucial that you take the matter seriously; don’t assume that it will just “go away” because you personally think the complainant is not believable.

An accuser’s credibility will be crucial in cases based on false claims. It is not uncommon for such an accuser to have engaged in conduct which would be inconsistent with that of someone who had been sexually assaulted. Say, for example, that a mother and a father share joint custody of their child. Now say that the mother files for a change in child custody and files a police report claiming that a sexual assault had occurred six months earlier. Facts such as this would bring question to the accuser’s credibility, given the timing of the report. Social media and electronic communications such as text messages can also be extremely important in determining the credibility of an accuser; experienced lawyers know where to look to find the kinds of evidence that can help prevent a false allegation from becoming a criminal charge, or successfully defending against such charges in trial should that be necessary.

It is important that you take the allegations against you seriously, even if they are false. If you do not mount a proper defense then it is possible you will be sent to prison, and/or forced to register as a sex offender for life. No two sets of facts are the same and it is advised that you retain a lawyer who is experienced in handling such matters. I have been practicing since 1995 and am certified by the Texas Board of Legal Specialization as a specialist in criminal law. Contact my office today to speak with a lawyer. In addition to Austin, I also serve the cities of Rollingwood, Round Rock, Elgin, Jonestown, Manor, Bee Cave, Lago Vista, Sunset Valley, Lakeway, Creedmoor, Georgetown, Cedar Park, Leander, and San Marcos, Texas.