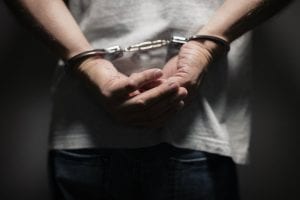 This is the first post in a series of articles discussing defending against aggravated assault charges in Austin, Texas. Under Texas law, an assault occurs when one threatens or touches a victim against their will. “Aggravated assault” occurs if serious bodily injury occurs or if a deadly weapon was involved during an assault. Accusations of aggravated assault are taken seriously by Texas law enforcement and prosecutors. Convictions for such charges are typically punished as felonies, leading to incarceration, fines, and other permanent consequences. It may be possible to defend oneself against such charges under a variety of legal theories. An experienced criminal defense attorney will review your case and explain your options. If you have been arrested for aggravated assault, contact my office today to speak with a lawyer.

This series will address the following key topics:

If you have been accused of aggravated assault, it is important to understand the potential penalties and defenses that may be relevant to your case. First, as stated above, aggravated assault will typically be charged as a second-degree felony, which carries a sentence of two to twenty years in prison and a fine of up to $10,000. The offense will be elevated to a first-degree felony if the victim falls within a class of specifically protected individuals. A first-degree felony assault will carry a potential sentence of five years to life in prison. Second, unfortunately, alleged victims sometimes fabricate or exaggerate claims of aggravated assault. False accusations are often related to ongoing domestic disputes, divorce proceedings, or custody battles. Given the penalties and potential impact on other legal matters, it is especially important to defend oneself against false charges. Third, all residents have the right to defend themselves and others from the impending threat of danger posed by others. In some cases, however, the person defending themself is mistaken for the initial aggressor. Proving self-defense can lead to acquittal at trial, or possibly the dismissal of charges. Next, if an eyewitness identification was influenced by police misconduct or is unreliable, it may be possible to exclude that identification from the state’s evidence. Fifth, similarly, if law enforcement violates the defendant’s Fifth Amendment rights, certain statements made by the defendant may be excluded from evidence. Depending upon the other evidence available, the successful exclusion may lead to the dismissal of charges entirely. Finally, should the case proceed to trial, the defendant should know what to expect during the process.

Criminal defense cases often involve complex legal theories and factual arguments. In light of the serious penalties that may result from a conviction, it is crucial to retain an attorney who understands the various defenses that may be available to you. How the jury will rule in any given case will depend upon the facts of the specific situation. Working with a knowledgeable lawyer can help ensure that the complicated details are clear and understandable for the jury on your behalf. I am certified by the Texas Board of Legal Specialization as a specialist in criminal law and I strive to provide the highest levels of service to Austin residents. I also serve the cities of Rollingwood, Round Rock, Elgin, Jonestown, Manor, Bee Cave, Lago Vista, Sunset Valley, Lakeway, Creedmoor, Georgetown, Cedar Park, Leander, and San Marcos, Texas.